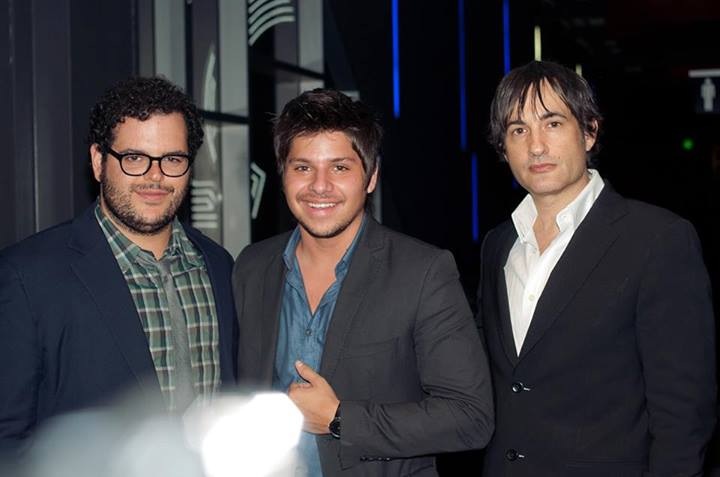 Q :  Film has been your passion for a long time. How did it all start?

I’ve wanted to make films and work with the medium since I was a little kid. My attempt was really about seeing if I had a knack for it as well as to learn how lighting worked in order to one day be able to get involved with production and advertising fields. It all started in high school during junior year whenever I had to take a photography class because the video production class was always full and couldn’t ever get in. A buddy of mine in photo class showed me this up and coming fine art and ad photographer in his twenties that had moved out to LA with basically nothing and was stirring things up by crossing over in to obscure video portraits. His name was Tyler Shields. Then I bought a film camera and a Nikon D70 digital SLR camera and started trying to figure out how light, exposure and depth of field worked by shooting various portraits of my musician friends and when they played live shows.

Q : With the advent of so many online courses, is film school still relevant?

Yes that’s true for the most part you can do independent studies and I’m a big believer in that for sure. However, with some technical aspects of the process I’d still recommend best be learned with a hands on approach to make sure those “aha” realization moments occur. I knew quite a bit before going in to a program but I think it’s about finding the right type to suit your learning curve preference and sticking to it. There are some programs out there that are a bit sluggish and there are the advanced hands on kind that are more interactive with one on one support as well as team objective based rather than just a classroom setting with homework. I frequently find myself trying to fast track and soak it all in quick.

Q : You are the President of Solarity Studios, can you talk us about that?

Yes, we do commercial video production, TV production, branded content music production, photography, mixing/mastering. We also have Solarity Motion Pictures working on the feature film sector alongside partners such as Lookhu in Los Angeles, CA. We have a short in post-production and 5 feature film scripts we are eager to begin pre-production on and distribute in house with partner studios.

Q : What is the studio’s mission?

I would say our mission at the studio is to continuing to improve our products and services to our existing clientele, as well as further expansion in markets such as Los Angeles and Miami. Our feature film and TV department of Solarity is really starting to grow and take shape with original content with partners at Lookhu.

Q : Over the year you’ve specialized in post-production. What are some of the more recent project you’ve worked on?

Post-production wise we have recently worked on several music videos, a short film, and a commercial for a tech company.

Q : How important are motion graphics in today’s film making?

Motion graphics these days are a huge part of post-production. The demand is high for branded cinematic content with a cohesive edge to match the rest of companies content.

Q : Who has inspired you in your life and why?

Q : What is your greatest achievement so far?

Q : What are the three most important rules of cinematography?

The three most important rules of cinematography I say would have to be making sure you are tack sharp on what’s important in the shot, try to think of the environment in a 3D space perspective and don’t underestimate the power of fills, negative fills and types diffusion.

A carefully crafted visual and musical aesthetic, uniquely lit environment with talent immersed emotionally in the scene, and the unsaid details in the story or character that leave you yearning for more about the world, in which all these elements have come together to dance – makes for visually stimulating and emotionally impactful storytelling.

Q : What kind of films do you love, or like to work with…

I love action, thriller and adventure type of films and as well as some mystery dramas.

Q : How do you select the score music for your films…

For our film scores and commercial productions I work with composer Brad Nyght, we put our heads together and take direction while letting magic take shape on its own as well as work with our Mixing/Mastering engineer Brandon Bahn.

Q : Do you have any tips for our readers that are trying to break in the industry?

Keep honing your craft and surround yourself with only people that want to see you win.

Q : Where can readers find more of your work and see what you’re upto?

I’m mostly active on Instagram (@alexsolarity) and twitter (@alexkinter). The place usually where work makes it first before my personal website or company site is our Solarity Vimeo page.