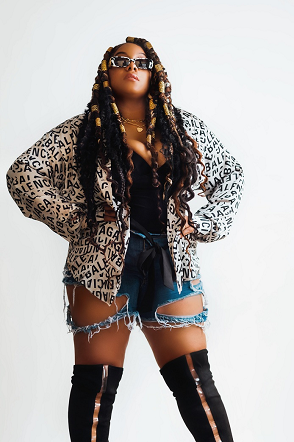 Talented recording artist, songwriter, and rapper, SKG, announces the release of the visuals for the single “Blame on Me” off the “Unfinished Business” album

SKG has dropped visuals for the new music video Blame on Me, a piece that has been likened to scenes from a horror film done by the legendary Stephen King or Jordan Peel. The Los Angeles native, SKG, otherwise known as Helecia Choyce, wore her creative director’s hat in making her vision come to life in the music video with lyrics starting off – “How you blame me for you cheating. Out here late night dirty dick creeping. Oh the grass wasn’t greener now you missing. But you had them bitches laughing why you dissing me.”

Music has evolved over the years, as talented singers and performers emerge across genres to entertain their fans in different parts of the world. However, the universality of the art and its use as a form of expression remain sacrosanct, with the likes of SKG showing mastery of using music as means of communication. She brought her creativity and ingenuity to bear in the “Blame on Me” single, referencing a toxic relationship involving a woman and her cheating partner.

“I’m happy I was able to executive produce my album. I worked very hard to make sure I was able to make an Album that reflects my diversity and who I have evolved into as an artist. I hope everyone enjoys my album and I’m grateful for the opportunities that I created for myself.” -SKG.

Blame on Me features singing vocals from Nicole collier and is on SKG’s album titled “Unfinished Business.” The music video was directed by SKG herself and shot by Keithtrick Denson from Two 3 Films. The music video to the song is captivating and expresses the intended message, taking place in a cannibalism torture room, with SKG’s ex-lover handcuffed to a table and tortured for cheating. The scene cuts to SKG in a mental institution where she is talking to the doctor and escapes by strangling the doctor while he takes a phone call.

SKG’s new album consists of 16 tracks with features from other talented acts, including BoosieBadAzz, Paul Wall, Juvenile, Mistah F.A.B and Beenie Man, Mr. Capone-E, AD, Compton AV, and a host of others. The entire album consists of powerful tracks such as Fake Love, Super Soaker, and This and That.

Blame on Me and other tracks on the album as well as projects from SKG can be found across all major streaming platforms.