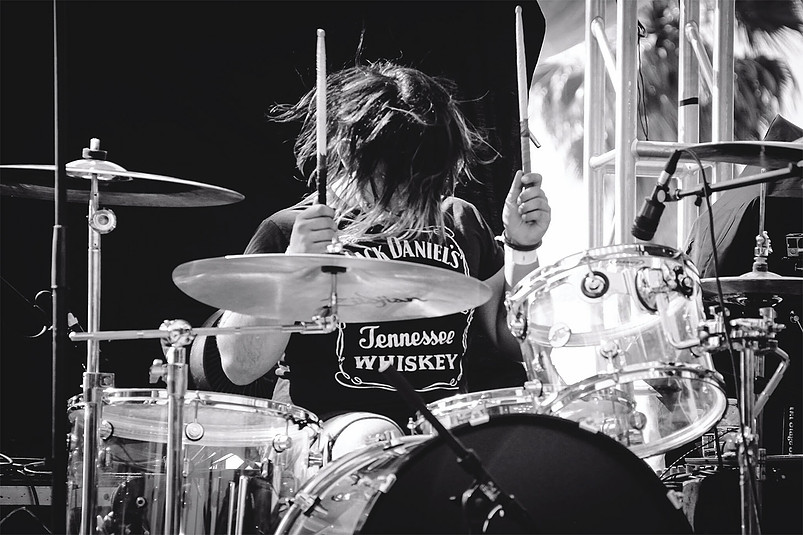 When you start to think about all the great drummers of the world there are plenty of names that pop up. Rolling Stone Magazine’s list of the 100 greatest drummers of all time gives us a glimpse of all these great percussionists who had the drive and the talent to make it to the top. Of course, some of them have passed away and we believe the list should be redrawn or at least expanded to accommodate some current deserving drummers.

One of those current drummers is Andres Vega from Mexico City. He is one of the leading Alternative Metal/Hard Rock drummers in the world and we would definitely like to see his name on that top 100 list. Of course, like all list makers, the magazine would most likely say that to get on it one must pay his dues. Well, Andres has certainly done that in spades.

Andres has been keeping the beat for musicians and bands for a long time and he has won many awards and kudos for his exceptional drumming skills. He’s played at international Jazz festivals in Mexico City (his home town), and in Puerto Principe in Haiti, among many others. This world traveler and well-known musician has kept time for the Hollywood-based Alternative Metal band Bonesteel, which he helped found, and he’s also a member of Haster, the Orange County, California band that has won so many awards at some pretty prestigious competitions including, The Orange County Music Awards and the Rockstar Uproar Battle of the Bands in 201, where Haster took away the winning trophy.

Andres’ musical influences when he was growing up in Mexico City were the Deftones, Chevelle, Korn, Foo Fighters, Linkin Park, Disturbed and Rammstein. His first drummer influence was Travis Barker from Blink 182. When he heard Travis playing drums Andres knew that that was what he wanted to do too. He immediately enrolled in two music schools in Mexico City, but was rejected because he was too young. (Too bad for them). He got an audition at the legendary Drum Academy of the famed Tino Contreras and was promptly admitted. In fact, he was so good that within a year Andres was Tino’s official drummer.

Andres has a busy life nowadays – probably like it’s always been. He’s recording a lot more and playing with big name musicians (other than himself) and is getting ready to go on tour with Haster.