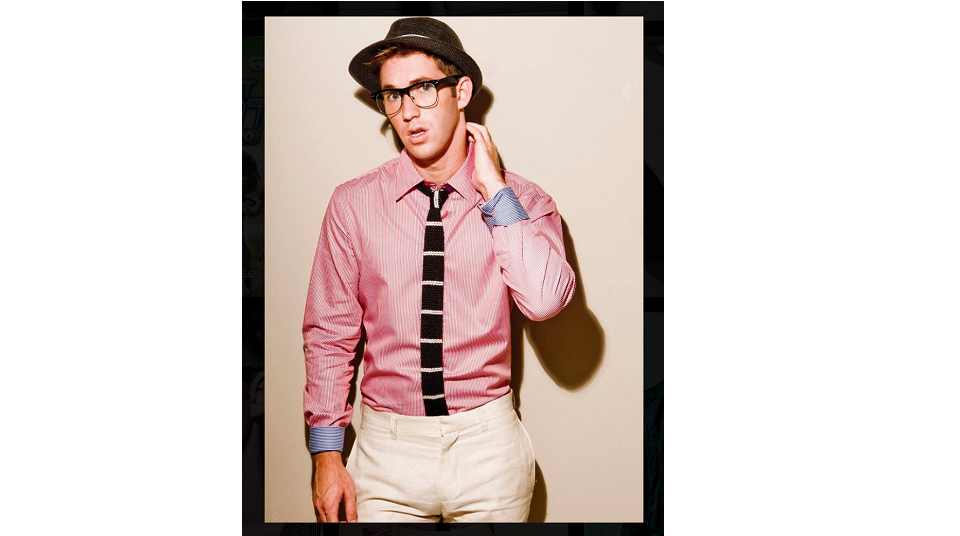 You may not have seen Jake Parrish’s name across any marquees as of yet but the actor is becoming a well-known and sought-after powerhouse in Hollywood. He has worked with many of Hollywood’s most recognizable names like Clooney, Turner, and Baldwin to name a few. His likeness has appeared in a major video game and has been featured in major campaigns for Nike and Guess. Parrish has appeared on America’s most loved TV shows including the Ellen Show, Grey’s Anatomy, Desperate Housewives and General Hospital and was a Lead Actor on the Lifetime Networks My Crazy Ex series. US Mag had the opportunity to sit down with Parrish for an exclusive interview.

US Mag: What inspired you to get into this profession?

JP: As a child I remember always going to the movies, watching cartoons (of course lots of Disney animation which I absolutely love) and TV, it always brought me such joy and comfort. My mom worked a full-time 12hr shift as a nurse so she was gone a lot. From a young age, I wanted to be a part of that world, I wanted to entertain people and make them happy. As I grew up, I that became more a part of me and as I matured it developed into wanting to help people escape their daily stresses, touch their lives, comfort them and even open their minds to other ideas and cultures. Being an actor, I hope I can share something special with others and help them to grow in some way. I feel that if I can do that with the roles I take for just one person like the actors did for me when I was younger, I would feel that I have accomplished something and given back to what they gave me when I was young watching them.

US Mag: We’ve been hearing a lot about you and your acting, we notice that you have worked with some major Hollywood stars and Directors. I am sure our readers would like to know what it was like to work Sophie Turner (Game of Thrones) on Huntsville and George Clooney on Suburbicon?

JP: I would be lying if I told you anything other than that they were all pretty awesome!
I was very fortunate though to get to work very closely with Sophie on Huntsville, and wow, I don’t know how anyone could have anything bad to ever say about her. She’s a doll. We had a blast working on the film, we would talk and joke between takes and just really had a fun time. I see her on Game of Thrones (which I would love to be on, who wouldn’t right?), every time I see her acting blows me away.

JP: Yea, George was another very cool moment for me in my career as I have always wanted to work alongside him as an actor, he has actually been one of my role models in this career and someone I look at as sort of a mentor.

Then all of the sudden, I’m in a film and in a scene where he was directing me, it was everything I could have imagined and more. George knows exactly what he wants and how to get it out of you. He was very hand’s on when he needs to be, but also extra laid back as well. It was truly an honor to work with him and I hope it’s just the first of many more times I have the opportunity to work with him.

US Mag: We also saw the clip of you on the Ellen Show, what was it like to be on her show? Can you give our readers any insight or behind the scenes information on what it’s like?

JP: That’s actually a funny story, I got the call to be on her show while I was at a football game in Atlanta. My agent calls me up and I can barely hear him, and say to me “I know you’re not in town right now, but how soon can you get back, Ellen wants you!” And who is going to turn down Ellen!? So I ended up flying out the next day to be on her show, and I wouldn’t have changed a thing. It was an incredible experience, one I hope to repeat in the future and hopefully eventually to sit in the chair opposite of her getting interviewed. I’m a huge Ellen fan and it was a great experience. So, as far as any insight into the show it was very normal, you know, show up, get told what you will be doing, run through it and then have fun. Really that is the key with anything I do is to always have fun and be yourself, especially when on Ellen.

US Mag: Any specific kind of role you want to play at least once in your career that you haven’t yet?

JP: At this stage in my career there ware so many roles I have yet to play that I would absolutely love to have a shot at playing. I don’t know if there is just one that I could narrow it down to, but I think any role that really challenges me as an actor, something outside my comfort zone would be really intriguing. I would love to play a role that people who look at me would never think that I could play and really wow them by digging in and showing what I could do.

US Mag: You are a model too, we couldn’t help but notice that you have been on several national modeling campaigns for major brands and even appeared on the cover of an XBOX game, how was it to work with these brands?

JP: Everyone I have worked with has been phenomenal, they really know how to make you comfortable at the shoot, so that you can do your best work and collaborate as a team. Xbox was a really interesting one as I didn’t actually know what we were shooting for until I got a call from my friend a few months later saying “Hey, are you on the cover of this game!?” Her dad actually spotted it on the day it came out in stores, so it kind of surprised me.

US Mag: You are right, there are not many actors who can claim that they were on the cover of an XBOX or any video game.
US Mag: Being in your 20’s and early in your career you have achieved a lot, what has been the most exciting achievement so far?

JP: It is funny that you ask that, I guess reflecting on it now, I have accomplished a good bit of things, but personally I feel like I haven’t accomplished much at all. I have such high expectations for myself that I want to achieve that I am always setting higher goals for myself. I prefer to be working my butt off and advancing to the next level in my career as an actor and model.

US Mag: What motivates you to do your best work as a model and actor? Where do you find or draw from to get the emotions you express in your films?

JP: This is definitely a two-part question for me as the two things to me are very different. As to your question of what motivates me to do my best work, it would be my Mother. She has always worked so hard in her life and been an amazing role model to me. My Mother has overcome so many obstacles in her life and through it all, he has always supported me. It is my goal to do the same for her one day by supporting her. My Mom has worked for over 35yrs as a nurse and in my opinion, she is amazing at her job. She works long hours and all the time juggling being a single parent to me. I see my Mom doing what she loves and giving it all to her profession, which encourages me to bring that to my profession. I do want to say, being a single parent is tough enough but being a single parent and a nurse is one of the toughest jobs in the world.

To your next question, as to where I draw my emotions from, well that really just depends on what the part is and what the character I am asked to portray. Sometimes, I draw from a similar situation that I have been in and I use those experiences in my roles. I really put a lot of myself in the roles I am in. My life experiences help a lot and always being open minded I feel is key to taking on any role.

US Mag: When we speak to models and actors they say that their number one priority is their careers, I’m sure our readers would like to know how this affects you in your personal life?

JP: I like to think that I try and balance the two pretty well. I am a workaholic, being an actor and model you have to be, everyone is trying to make a name for themselves in this business, but I also can’t go without seeing my friends and family. They keep me centered and balanced as a person. I will admit that it is hard sometimes, I really think it just comes down to balancing things, making the time for a lunch or a dinner where you can reconnect with everyone. I feel life is short and you need good people in it, so I always try to remember that it keeps me grounded.

US Mag: Do you have any advice for other actors like yourself?

JP: Don’t give up, if this is something you are truly passionate about, keep going. Honestly, there are a lot of things out there right now that discourages me about the business. I hear discouraging things from some of my friends in the industry as well. I believe that when you truly want something you can have it with hard work and determination. I do want to add that you should be yourself and have fun! Hollywood has a lot of “rules”, as a mature in the industry I realize that you have to take that rulebook and throw it out the window. I felt that if I did not do it, I would be less of myself. That being said there are obviously things you should and should not do, my advice is just smart in your choices and never think you can’t learn something new.

US Mag: Are you active on social media? what’s the best way to follow you?

JP: I try to be pretty active on social media, I’m getting better at it. I like to think social media can be a lot of fun, I just hate that we in the industry are starting to take it so seriously, there is a lot of pressure on actors to get followers and draw attention to themselves now, which in the past was not always there. However, I do love to share my life and what I’m doing with my followers and fans. For me I think that’s really what social media should be about, interacting with people and exchange ideas.