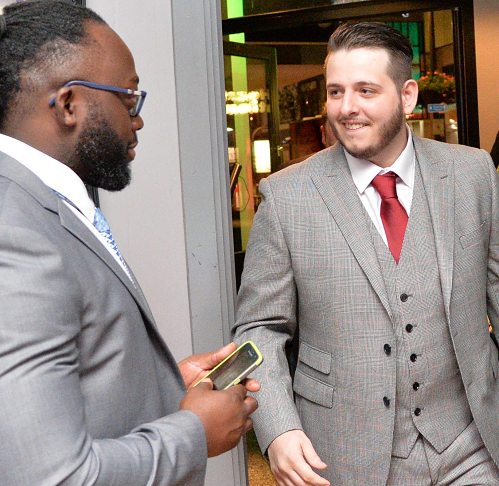 Jay Connor is the Group CEO of EssexTV and EssexMag, he is also a signed recording artist. With so many balls in the air we pulled him in for a chat to see how it’s all going for him.

– Jay you seem to have quite a lot on, how do you cope?
It’s stressful but long term it’s going to be worth it… I want my family to be secure and I want to be able to offer up and coming entrepreneurs the same opportunities that have been offered to me.

– You’ve signed a record deal recently – does this conflict with your TV executive duties?
Not at all CO Records are very understandingJermone ‘TCO’ Thomas is a great business man and it’s a great opportunity to be a part of the team and have him help me and billy with our track! Studio time with TCO and Wordz was a great day and at the end of it we have made a track that has top 10 written all over it

– You are being seen as a wonder kid who will revolutionise EssexTV – how does this feel?
It feels great but there is a lot of pressure on my shoulders to succeed… I don’t want to fail and I wont, I have a lot of ideas and a great team to help me see them through.

– What are your thoughts on the current political situation especially post BREXIT and with the American election result?
With the results in the UK and the US the only thing I really can say is racism is still alive… as much as the world likes to dim it down there is no way we can deny what’s in front of our faces! I come from a very multi-cultural background and its possible for everyone to get along so I just don’t understand peoples small mind sets! Jay Connor for Mayor!!
– Hows the Muay Thai? Do you still plan to arrange your first fight?
With all what’s been going on iv had to take a step back from training at the moment..i have a meeting scheduled in with my BJJ coach Michael Russell about some options mid to late 2017 but it will definitely happen