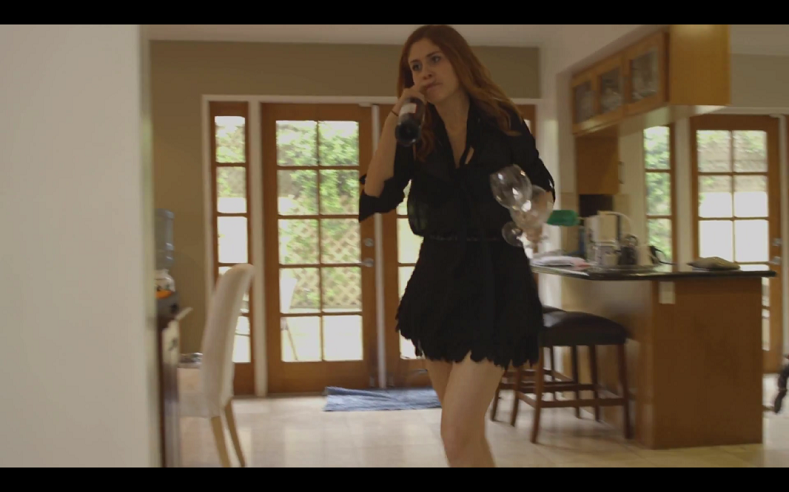 We just saw the short film Surprise, starring Dive Assad and it was thoroughly entertaining; the story was solid and so was the acting. Besides Ms. Assad, the other roles were played by actors Samuel Colby and Rolandos Liatsos. The film was directed by Siyuan Chen and in the first three days of its Internet release it received over 60,000 views. Quite impressive for anything released on the web, but perhaps we shouldn’t have been so surprised (no pun intended) by this film. After all, Surprise was a very smooth execution of a very good script.

We did see the thief in the story first but as soon as Dive walked into view it was all over for the two male cast members. She simply took over and took command of the screen even though Samuel and Rolandes were really good actors. Dive has something special though, and we think it is more than just an enormous amount of talent. We think she is one of those actors who can simply stand in one place and not say a thing and automatically become the focal point of the audience. Dive has presence.

Presence is what most people, whether they’re actors or dishwashers, secretly wish for all their lives. Some people can develop it but it may take decades and other people, like Dive and a handful of her peers, have it and know how to use it to enhance their characters. Of course, if a dishwasher has presence he or she won’t be a dishwasher for long because he or she will be promoted and will ultimately become a respected chef. Actors, in the same vein, if they demonstrate any kind of presence at all, will continually get the parts they want and become established thespians just like Dive has done.

Dive has shown her amazing acting talents and presence in everything she has done. She has gotten high praise for every stage play she has been in and each and every film, including Margaret and the feature film Perception Of Art. Dive has been singled out because she immerses herself fully into her character and we also believe it is because of her striking beauty and her remarkable presence. When she walks on stage or across the movie set – you know that someone who is somebody has just strolled by and you also know that something is going to happen very soon indeed.  That’s how we feel about this wonderful actress from Vera Cruz, Mexico.