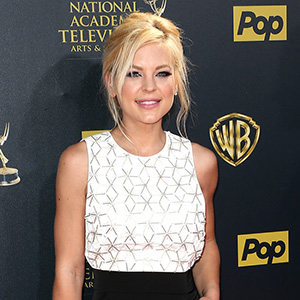 Kirsten Storms has revealed that her decision to take a break from the hit TV soap opera General Hospital is only because she’s suffering from skin issues.

On Twitter, she explain why deciding to step away from her job for a while, and she also thanks her fans for their love and support…

Kirsten Storms wrote : “Tweeters! First, thank you for the outpouring of love & support. I appreciate all the positive messages I’ve received,” she adds. “Second, yes I am taking a little break from work due to some skin issues I’ve been having.”

“My Dr’s say my breakouts are due to stress, but shouldn’t take too long to get under control (I can say that I’m on the better end of it now),” she continued. “However, it was becoming too difficult for GH to cover up. And we all know in this biz appearance is important. In the meantime, I look forward to watching Molly on screen as I take the next few weeks to heal,” she added. “Again—thanks for the love and you will see me again in no time!”