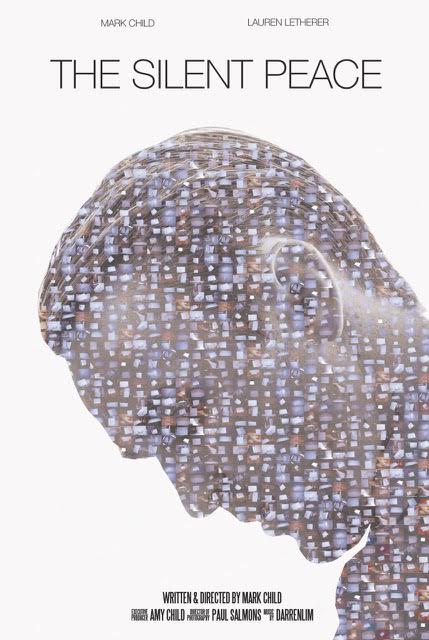 This year ‘The Silent Peace’ is taking film festivals by storm. The 4-minute one-shot piece was done so elegantly, and is something that is so abstract and unique, that there is nothing else like it currently hitting the festival circuit.

On top of that, the film is tackling a hugely important subject that is traditionally overlooked by storytellers and filmmakers: suicide.

‘The Silent Peace’ powerfully illustrates an immense reality we face in today’s society by shedding light on the tragedy of suicide. With over 1 million people taking their lives each year, and millions more attempting to do so, ‘The Silent Peace’ represents this emotional inner struggle from the victim’s perspective, revealing the tremendous amount of suffering one goes through when in that situation.

This highly praised and very successful directorial effort by first time actor Mark Child is also a prime example of creative filmmaking at its best. Working with producer Amy Child, Mark chose to tell the story in one continuous shot without cuts or edits. That is rarely done in Hollywood or anywhere else, for that matter.

Producer Amy Child just coming off of the big budget feature film ‘For All Eyes Always’ with Sean Astin, Lynn Whitfield, Joe Hursley and Mark Child Himself. This film is bound to be another success for the pair.

Before filming Mark spoke about how he felt working with Amy Child. He told us it’s absolutely amazing! “Amy is so talented at what she does,” he said, “I couldn’t imagine working with anyone else. She recently wrapped the feature, ‘For All Eyes Always’ and after seeing that film, I knew straight away that I needed to work with ACP.”

When we asked Mark how he came up with the concept of ‘The Silent Peace’ he told us that basically it was the backstory of one of the characters in a full length script he called ‘Ramification.’ He said he recognized a small part of himself in it and then he felt compelled to tell that story and it just snowballed from there.

Acting in the film, along with directing for the first time, Mark knocks it out of the park. It’s hard not to little emotional watching it. We are told Amy Child is starting this year on their next project called ‘Ramification’. Mark has been announced lead actor for the film.

So keep an eye out for that.”