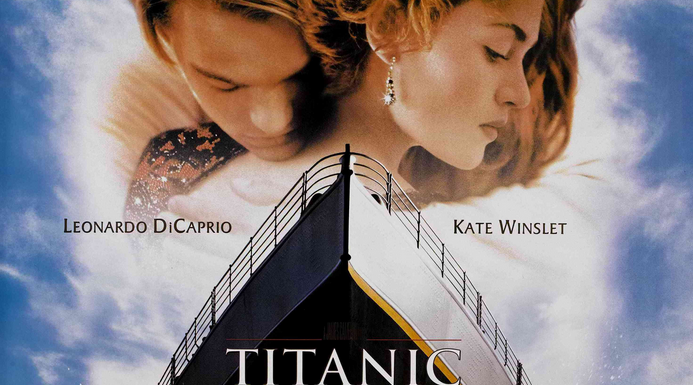 Nominated for 14 Academy Awards and winner of 11 including Best Picture, Titanic became a worldwide phenomenon upon its release in 1997. Written and directed by James Cameron, the producer behind such hits as Terminator 2 and True Lies, the film chronicles the tragic 1912 sinking of the Titanic on its maiden voyage while interweaving a classic love story. At 194 minutes, it’s probably the longest commercial blockbuster in recent memory. Apparently, the sinking of the ship mirrors the real life timeline of the original sinking of the Titanic and that’s the reason for the three-hour plus running time (or at least, that’s what I’ve heard). Nevertheless, unless you’re absolutely disgusted by overly idealistic love stories, it’s a film well worth watching.

Titanic centers around the life of Rose DeWitt Bukater (Kate Winslet), a young woman onboard the celebrated launch of Titanic, the world’s largest luxury ship and a vessel believed to be indestructible. Accompanied by her social-climbing mother Ruth (Frances Fisher) and her arrogantly wealthy fianc