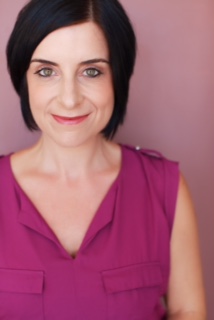 “Well, she can act,” the producer said. “Okay, then, what are you waiting for? Let’s get her over here and have her sign that contract!”

We think that Suzanne Roche, the lovely British actress who won the Best Actress Award for the movie ‘One for the Road’ at the Wirral International Film Festival probably gets that a great deal. She walks in for an audition, blows the producer and director away, goes home, has dinner and the phone rings with the good news about her getting the part she just auditioned for. Of course, sometimes the ones who sit behind the table with the clipboards and photos of each actress just tell her right then and there that she has got it. You know how people are…sometimes they just can’t wait.

“Well, she can act,” is certainly an understatement because we’ve seen her in several productions and she’s not only an actress, she’s an extraordinary actress! Suzanne has been steadily establishing herself as a solid and wholly professional actress who can deliver any character quite convincingly that most producers know her stellar reputation before they ever meet her in person.

We got to see her in several of the many feature films she’s been in including Saint Dracula 3D, Kunthapura, Wrong Way To Hell and Roofrapper. Saint Dracula 3D was invited to the Cannes Film Festival and Kunthapura was released in India and in the UK in the Odeon Cinema chain, where it did very well. Suzanne received great reviews as usual and was singled out for her very “sophisticated beyond her years” acting ability.

It’s always a pleasure to watch Suzanne act. It can be a comedy, drama, horror film or even a music video and she is up to the task that the director has given her. We enjoyed her immensely in Justin Currie’s video of If I Ever Loved You. If the song was the star then Suzanne was the vehicle it worked through. She lip-synced her way into our hearts with only a slight amount of movement and just the perfect measure of emotional tenderness.

Whenever she comes on the screen, Suzanne gives us exactly what we want to see: a fully realized character who lives and breathes and loves and hates and laughs and cries. All of her years of extensive training as an actor along with all the stage plays, music videos, TV shows and feature films she’s been in has positioned her as being one of the premiere actresses today.