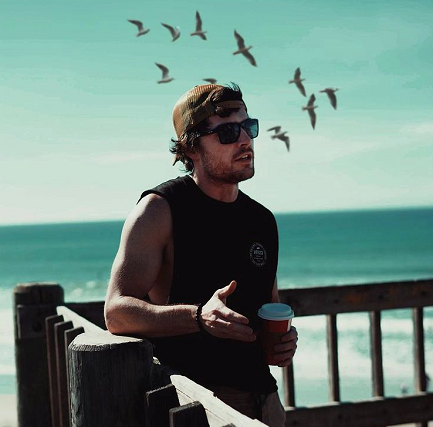 Jordon Bevan- Born April 18, 1993 is an American Coach, Author, and teacher in the realm of personal psychology and social dynamics.

Jordon grew up in the suburbs of Northeast Ohio and graduated high school in 2011. He moved out of his parent’s home at the age of 18- andlived in Akron, Ohio, where Jordon continued to study literature, exercise, and attend parties and night club events.

In 2013 Jordon moved to Columbus, Ohio where he trained as aCrossFit athlete, coachedclients on self-development philosophies and partied with friends at Ohio State CollegeFraternities. While living in Columbus, Ohio- Jordon became fascinated with psychology and social dynamics and spent much of his time in the gym and the library.

In 2015 Jordon moved to Las Vegas, Nevada- the night life capital of the world and was a nightlife dating coachspending every night out on the Las Vegas Strip helping high ticket clients improve their self-confidence, learn social dynamics, improve their dating skills, and change their lives. Jordon spent much of his free time in Las Vegas networking with nightclub VIP’s, bikini models, DJ’s and low-profile celebrities in the gambling scene. Jordon would often visit California-where he attended events at nightclubs and mansion parties in the Hollywood Hills. While in California he attended meditation retreats, seminars and frequently practiced heath and wellness exercises as the sun would rise on the beaches of LA and in San Diego.

Jordon just published his new book: Psychological Principles of Power. In the book Jordon walks you through how to unleash the true power of your own psychology to create powerful and positive changes in your life. You can get a copy of his new book at: