Carlos Escarcega is a powerful force. His stunning physique and kindhearted smile commands attention. His exquisite masculinity is showcased in his powerful stance. A bold physical beauty balanced by a quiet strength of character. The radiance of a humanitarian heart guides him to philanthropic pursuits as he gives back, helping underprivileged kids obtain access to educational opportunities. Some days he’s shooting a movie, some days he’s doing a pictorial, and some days he’s helping his clients with their fitness goals. Unbridled, Carlos took the hard lessons of his past, surrendered his life to Christ, and sought more opportunities to help transform lives.

Born in Los Angeles but raised in Pasadena Carlos is an actor, brand ambassador, fitness coach, and personal trainer, he channels his personal passions into influencing the lives of others.

Having a career in sales influenced Carlos to be the people-person he is today. Working with people comes naturally to him.

Stemming from a challenging childhood motivated Carlos to improve his life. He chose to create what started out as a hobby into a lifestyle: fitness. Dedicated, Carlos would hit the gym four to five times a week with the mindset to “get his goals and get his gains.” His interest in fitness began in his early twenties. Intertwining his knowledge with his passion for people, he started his career at 24-hour fitness as a Sales Executive. His own efforts and achievements inspired him to assist others in reaching their fitness goals on their journey. Carlos’ passion lies in being a part of the reason people leave their personal training sessions with incredible results; physically, mentally, emotionally, and spiritually.

Never did Carlos plan on an acting career. What started as a friendly invitation to a soirée in the Hollywood Hills resulted in Carlos’ first acting gig. Before he knew it, he was in front of a camera filming alongside an Oscar-nominated actor and an Emmy-award winning producer. One of his inspirations in the industry is director, Paul Street, who informed Carlos that he “has a great look on camera” and “is a natural.” For Carlos, acting is a new level of experience that is fun and challenging; he is pushed to be the best version of himself. Carlos is up and coming in the industry with a variety of projects in the pipeline. His current project is filming in “Concrete Rose.”

For Carlos, God plays a major role in his life. Grateful for all of the doors opened by the Lord, he believes to “never sell yourself short” and “be whatever it is you want to be – no matter what.” Believing in the power of healing, his joy is being able to be a helping hand to those in the community. As a former member of the advisory committee of The EOPS & Care Program of East Los Angeles College, Carlos takes an active role in the community to make it a better place. He aspires to motivate the youth in the programs through public speaking as well as raising donations for the non-profit.

With the combination of fitness experience and his newly found adoration for acting, Carlos is hitting the ground running. His passion for people is what separates him from the rest; pushing others to be the best version of themselves while inspiring them to achieve any dream or goal they set. Utilizing his knowledge and skills in personal training Carlos is committed to helping others by providing tangible results and lifestyle changes that last a lifetime. 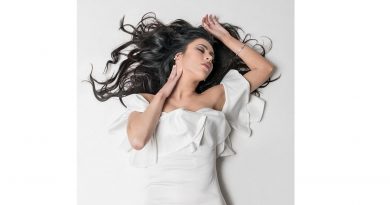