A self-proclaimed ‘city girl with a country heart,’ Joanne spent her childhood living in suburban Long Island, day-tripping to Manhattan, and weekending in rural Pennsylvania, giving her a true appreciation for big cities and small towns and everything in between.

Joanne caught the ‘travel bug’ in 2003 when she went to Europe to study Shakespeare.  Two years later she went to Japan to study the local culture.  When it came time to graduate from college, she decided to head over to Denmark and follow her passion to explore Scandinavia.

Once over in Europe, Joanne grabbed a rail map and explored all around Europe.  When she returned to the states, she realized her heart was still ‘everywhere else too’ and every free moment she had, she set out to be ‘anywhere but here.’

In her token backpack and flip flops, she explored the world using Chinatown bus tours to high speed (and unintentionally  very low speed) trains and plane and cruise ships.  Joanne and her flip flops have walked everywhere and anywhere, whether it be the cobblestone roads on Pompeii or even with toe-socks through snow in Lillehammer.

She does not know when the tipping point happened that people thought she ‘traveled a lot,’ as her focus was on all of the new places to see.  She had her eyes on so many countries (and territories and dependencies).  Joanne set a goal to visit 50 countries before she turned 30… and when she did that at the age of 28, the new goal became 75 countries before 35, and when that happened at 34, the current goal is to visit 100 countries and all 50 states before she turns 40!

While known for her signature flip flops, in April 2017, Joanne discovered a new passion – running!  Road races are the only time she trades in her flip flops for sneakers (though she is often seen at bib pickup in her flip flops).  Joanne has blended her love of travel and running and has participated in 5ks, 10ks, half marathons, and marathons in 4 countries as ‘racecations’ (running vacations).  Joanne also completed the Berlin 2019 World Major Marathon and has entry for the Chicago 2020 and NYC 2020 marathons.  She has her eyes set on one day becoming an Abbott 6 Star Finisher.

Across the world, many people have urged Joanne to share her travel stories, and the idea of Backpacker Flip Flops was born.  A website, podcast, blog, Instagram page, and YouTube channel allows individuals to learn about the world and some insider tips.

Joanne is also an avid philanthropist and her podcast offers opportunities to support charitable organizations around the world.

J J Devine talks about his books “Like Father Like Son & The Lair” and his achievements, in candid interview 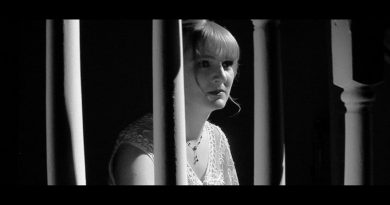