In the year of COVID-19, which has shut down most of Hollywood productions and closed off potential deals for many actors, US Mag has learned that Hollywood Actor Teon Kelley has inked a large multi-project deal with LA Studio, Night One Productions. Kelley who gained notoriety recently for his role as Daniel in the award winning film Tyler, which garnered him a Best Actor win at the Florence Film Festival and best supporting Actor at the Independent Film awards. He has racked up many awards both in the domestic and foreign markets for his other projects as well. Kelley has become a hot commodity in Hollywood and studios have begun to realize that having him on a film project guarantees their studio a return on their investment. We believe this is the reason why studios have started to lock him into these multi-project and larger project deals.

You can currently catch Kelley currently on the TV series Castles in the Air where he plays Declan Calloway. US Mag reach out to Kelley’s representatives for comment, they did indeed verify to us, that in fact a deal was recently finalized with Night One Productions.

Kelley’s first project has already been announced with Night One Productions, he will star as Henry in their newest project titled Morning After. His other projects under the deal with the studio have not yet been disclosed.

Night One Productions was started by Panavision alumni Joseph Kresl and Elijah Chandler. Panavision is an American motion picture equipment company founded in 1953 specializing in cameras and lenses, their equipment has been used in some of Hollywood’s most notable films. The Night One Production team recently worked on the newly released film Tenet, starring Robert Pattinson.

“Teon is very excited to work and collaborate with Night One Productions on future projects and to especially work with talented Producers Chandler and Kresl on their current project Morning After.” – Mr. Rogalski, Kelley’s Manager (CK Talent Management)

Kelley earlier this year inked another large deal with Fallout Productions to be in their current feature film called Age of Stone and Sky: The Warlock’s Curse. Where he will play the role of Jetty and share the screen in several scenes with Michael Madsen whose movies include Kill Bill, Reservoir Dogs and Hateful 8. (Madsen was named the greatest movie villain of all time by Maxim Magazine for his role in Reservoir Dogs) Kelley will also have several scenes with Fabio whose movie credits include Zoolander and Dude Where’s My Car? and who has graced over 250 romance novel covers. Warlock’s Curse will be out in late 2022. Kelley starts filming on Morning After this week at the Night One Studio’s in Los Angeles.

The Horrorland | A Drive Thru Haunted Attraction 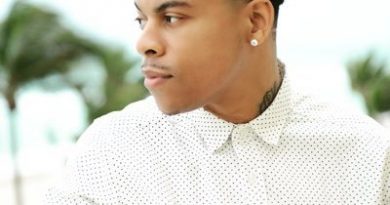 A candid chat with J-Hen 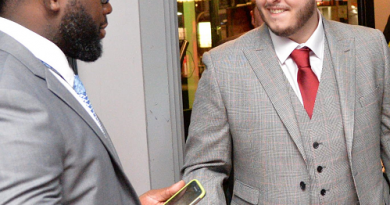