Bobby Felani is an afrobeat songwriter / artist who just released his first single.

Terrence Bobby Herbst (Bobby Felani) was born on Feb 27, 1992 in Bamenda Northwest Cameroon. His mother is originally from Buea South west region of Cameroon, while his father was of German descent.

He was raised by his parents along with his two elder sisters. He attended the University of Buea Cameroon where he graduated with a Bachelor of Arts in History in 2014. But It was at the his high school years that he developed a keen interest in music and at his university level he decided to pursue it as a career.Bobby lost his dad, on January 4, 2014. He regrets not having his father around long enough .

Bobby was a pioneer of the rap crew PIM boys together with Dready Christ, KoC, Mbengis System, Jamdong Boy P and Boxy. They released a song titled “Ici Au Kamer” which was the start of Bobby’s professional Career .

Bobby travelled overseas to work and support his family for 15 months in the United Arab Emirates where he worked as car park attendant and he later worked as warehouse associate. In all these struggles to make ends meet, his mind was still as determined as ever to pursue his dream of becoming an artist.

He returned to Cameroon in 2018 and worked as back up artist for his friend KoC. Within this time Bobby had a lot of disappointments from numerous people who came and claimed they wanted to invest in his talent. But He never gave up.

Bobby Felani finally had his opportunity in June 2019, when he met Judy Sessua the CEO of Sessua Entertainment who signed him to his record label. Through the label, he has released his first single titled “Vanité” .

Q : Tell us a little bit about yourself. Your background, education, music passion etc. ??

My name is Bobby Felani. I am a rapper,singer ,songwriter . I graduated from college in 2014 with a BA in History, I have two elder sisters. My dad was a mechanic and a farmer, while my mother was a nurse. Am not from a rich family. But my parents did all they could to make sure I get a good education. My passion for music started while I was in secondary school and since then the fire just seems to increase as the years go by.

Q : Can you please tell us more about your first single “Vanité” ?

Vanité is a song which talks about the greed of man and his materialistic nature, and how a people can do anything to get wealth and property, of which at the end of the day, when you die you will not carry a single furniture into your grave. The inspiration of Vanité came from my real life story. My dad was killed and after his death, his step brother came to claim his landed property. How coincidental is that

Q : Nice, “Ici Au Kamer” was the start of your professional Career?

Yes, you can say that. Ici Au Kamer can actually be considered to be the spark to my professional career as an artist. But for me, my new single Vanite is where I officially become a professional artist.

Q : Okay, what motivates you to do your best work as an afrobeat songwriter / artist ?

First of all, I don’t just do afrobeats. I am also a pop singer and a rapper at the same time. Hope has always been my push factor. I am also motivated a lot by my producer, Sessua Judy the CEO of Sessua Entertainment, because he does all he can to put my music to the world. This is something I will always be grateful for.

Q : Great, What has been one of the most exciting achievements of your career so far ?

So far, I will say releasing the video of Vanité has been a great feeling. And the positive feedback from the song is overwhelming. I wish we can get more exposure on international platforms. My greatest desire is for my music to be played and appreciated by people from all over the world

Q : Did you choose this industry, as a career, or as a hobby?

Music is my job, it’s my office. It’s where I hope to provide for my family. I have no two things I do. It’s music and music only. That’s one of the major reasons why it cannot fail

Q : Regrets of your life?

I regret not spending enough time with my father while he was still alive. He died when I was 22. Also, I trained so hard in my teenage years to play football professionally because I am that good on the pitch. But unfortunately my parents could not afford the money to send me to football school.

There are many of I love. Charly Puth, Kizz Daniel, Maitre Gims, Anne Marie , Shawn Mendez. I can’t pick a particular one

Q : Awesome, Everybody needs time out. What do you do in your free time?

Well, I love football a lot. So I play when I see the opportunity to. Otherwise i watch Drama series and play video games

Q : How can people find you and follow you online? 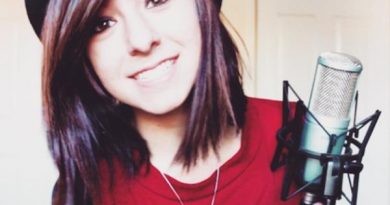 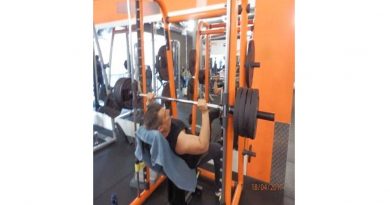 A Quick Catch Up with Erwin Bauwens

Eye’z and Lil MC looking cool at the uptown