Singer/Songwriter Mallika, also called the “Adele of Mumbai” has been mostly known for her interpretations of the famous artist’s hits, as well as other cover songs. Singing English covers as well as songs in other languages, she’s amassed social media following and gained international recognition.

Just recently she has announced the release of her first EP, EVOLVE: THE STORY OF HER. The project will be a four-song collection that explores a woman’s journey through the good and bad of falling in love. Two of the songs were previously released on her YouTube channel, fulfilling her dream of sharing her own original material. With the EP, she is taking the next step in her career.

The first original song she released, “War Solo” is the story of being in love with someone who doesn’t reciprocate the feelings. Like the artist she’s compared to, her original material is stripped down acoustic story-telling delving into the pain of unrequited love. Mallika wrote/composed/and sang all the tracks on the EP.

“Flame is gone”, her second original single is about growing out of love and moving on as time passes and how reality bursts her bubble.

No official date has been given for the project, but the artist’s social media accounts tease that the project will be out soon.

Mallika recently appeared live on TV Asia to talk about her career to date and her future. She was also featured on Radio Nasha earlier this year, where she sang mashups of songs from the ’70s to ’90s in her mellifluous voice. She’s also been featured on the covers of renowned American publications, such as Tunedloud and Welab Magazine.

For more information about Mallika and her EP, please visit her Instagram and FB accounts – @MallikaMehtaMusic.

One can get a taste of the EP as well as her covers by following her YouTube channel. 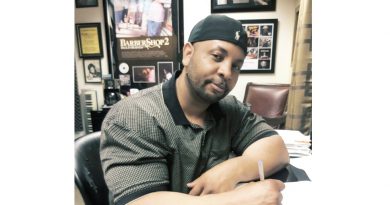